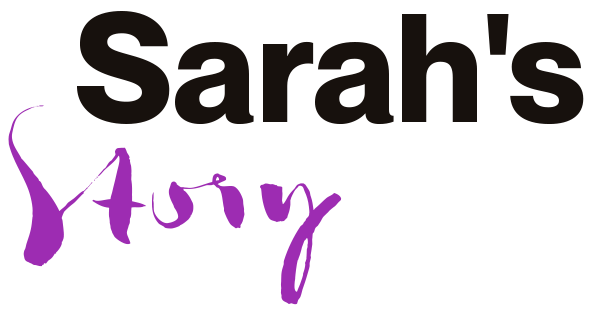 Sarah was diagnosed with cancer in August of 2013. The tumour on diagnosis was a secondary, presumed uterine primary. Sarah’s consultant referred her for further scans. The biopsy test was inconclusive, the histopathologist was unable to obtain a definitive diagnosis due to the nature of the cells. Sarah was referred to a specialist gynaecologist surgeon and he discussed the possibility of the cancer being a lymphoma. A couple of days later she got a call from the nurse specialist to say the cancer was not a lymphoma, but perhaps it could be a germ cell tumour. Weeks passed, whilst we waited for a diagnosis so Sarah could start treatment.

At Sarah’s next appointment (5th appointment for a diagnosis) she was diagnosed with lymphoma. We were all so happy and relieved as this is a very treatable cancer. Sarah was admitted to hospital, to commence treatment, to which she had an amazing response, with a tumour in her neck disappearing after the first dose of chemotherapy. However just before Sarah was being discharged, her consultant delivered more devastating news, the histopathologist remained unconvinced the cell staining was a lymphoma and he was sending her biopsy to Boston, USA for further investigation. Weeks later, Sarah was called for the sixth time to get her cancer diagnosis only to be told, despite extensive testing, it was impossible to find the primary source of the cancer, and she was officially diagnosed with Cancer of Unknown Primary.

This diagnosis was met by us with complete shock, very few people had heard of this type of cancer, including many healthcare professionals, it was very hard to find information outside of the hospital, and there were no patient support groups in Ireland adding to the mystery and agony of the diagnosis.

Sarah went on to have three different cycles of chemotherapy almost concurrently with a 4-month break, alongside numerous radiotherapy sessions.

Sarah received the highest standard of care from all the members of the multidisciplinary team from diagnosis to treatment, and was especially grateful to her oncologists, and all the nursing team, for their, care, support, and kindness. Sarah continued fundraising for the Irish Cancer Society in between chemotherapy treatments.

This site uses cookies. By continuing to browse the site, you are agreeing to our use of cookies.

We may request cookies to be set on your device. We use cookies to let us know when you visit our websites, how you interact with us, to enrich your user experience, and to customize your relationship with our website.

Click on the different category headings to find out more. You can also change some of your preferences. Note that blocking some types of cookies may impact your experience on our websites and the services we are able to offer.

These cookies are strictly necessary to provide you with services available through our website and to use some of its features.

Because these cookies are strictly necessary to deliver the website, refuseing them will have impact how our site functions. You always can block or delete cookies by changing your browser settings and force blocking all cookies on this website. But this will always prompt you to accept/refuse cookies when revisiting our site.

We fully respect if you want to refuse cookies but to avoid asking you again and again kindly allow us to store a cookie for that. You are free to opt out any time or opt in for other cookies to get a better experience. If you refuse cookies we will remove all set cookies in our domain.

We provide you with a list of stored cookies on your computer in our domain so you can check what we stored. Due to security reasons we are not able to show or modify cookies from other domains. You can check these in your browser security settings.

We also use different external services like Google Webfonts, Google Maps, and external Video providers. Since these providers may collect personal data like your IP address we allow you to block them here. Please be aware that this might heavily reduce the functionality and appearance of our site. Changes will take effect once you reload the page.